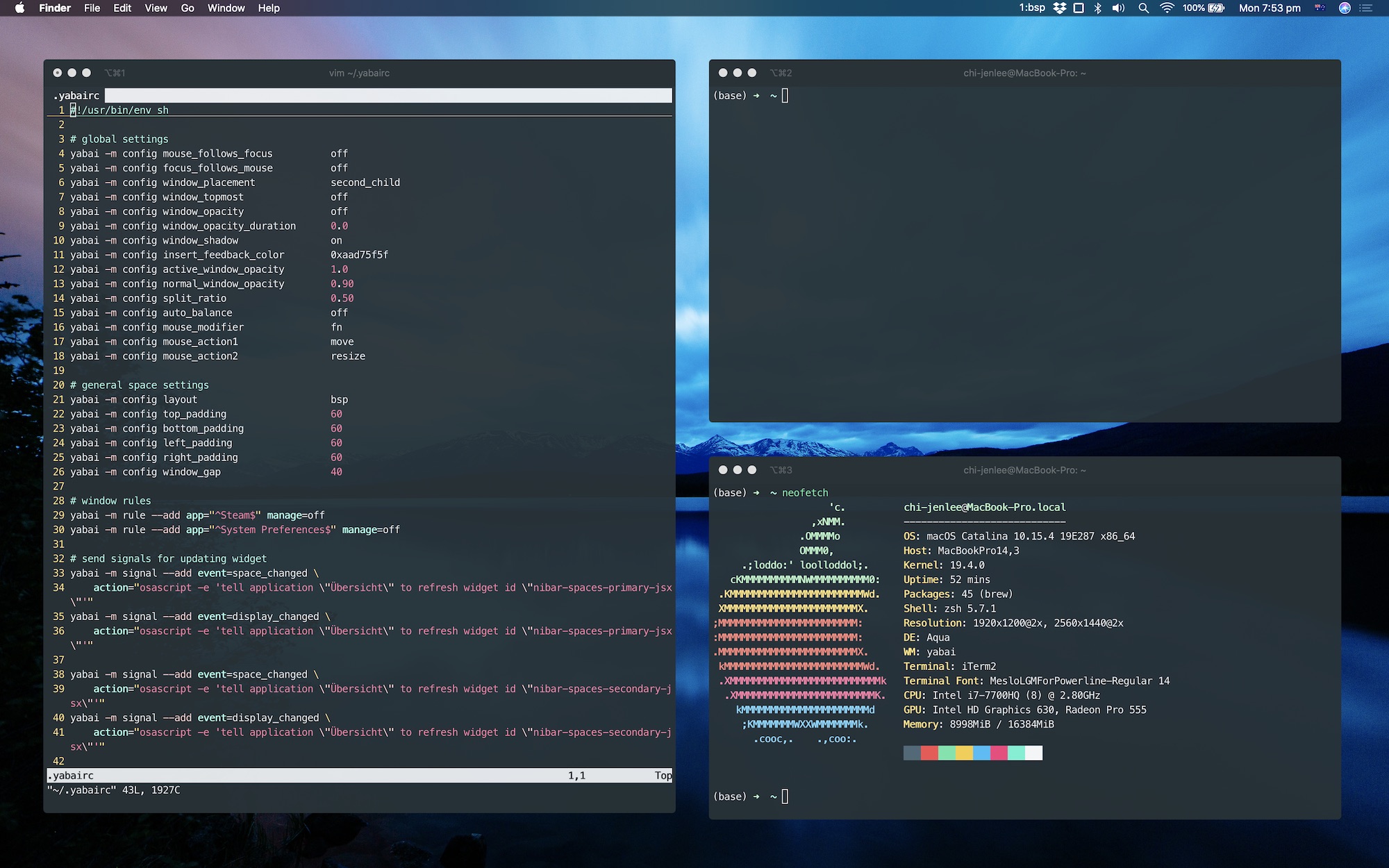 The official wiki page is a is a great place to start, as it provides you with a great overview of what you are getting into. Plus, the GitHub Wiki sidebar has just about everything you would need to get this up and running.

To enable all yabai features, we are required to disable macOS’s System Integrity Protection, the instructions is here. After that is done, you are ready to install the plugin as per instructions here.

Now we need a hotkey/shortcut manager, which will be skhd in this case. The install information is available on the official repo.

3. Getting Started with Example Config Files

While the example config files provide a brief overview of what can be achieved. I found it more helpful to directly look at koekeishiya’s complete config. This is especially helpful if you are already used to the example bindings from chunkwm.

Your friends are here:

They are very well documented and easy to read. The approach I take is trial and error. Keep tweaking it until it fits your liking. Previously, I got quite used to the default bindings provided by chunkwm and skhd, so I ended up porting most of them over to yabai.

While various options presented below are available, I ended up going for the second one, which is almost identical to the Bitbar extension that I used to use with chunkwm except that this one is designed for yabai.

Below section(s) document some of the issues I ran into while setting yabai and skhd.

If you are using iTerm2 or some other terminal application, one difference that yabai differs from chunkwm is that it does not automatically resize the window after you zoom in or out with cmd + + or cmd + -. According to this GitHub issue, this is not currently handled by yabai. However, we can use the following workaround as described by marcelja in the issue.